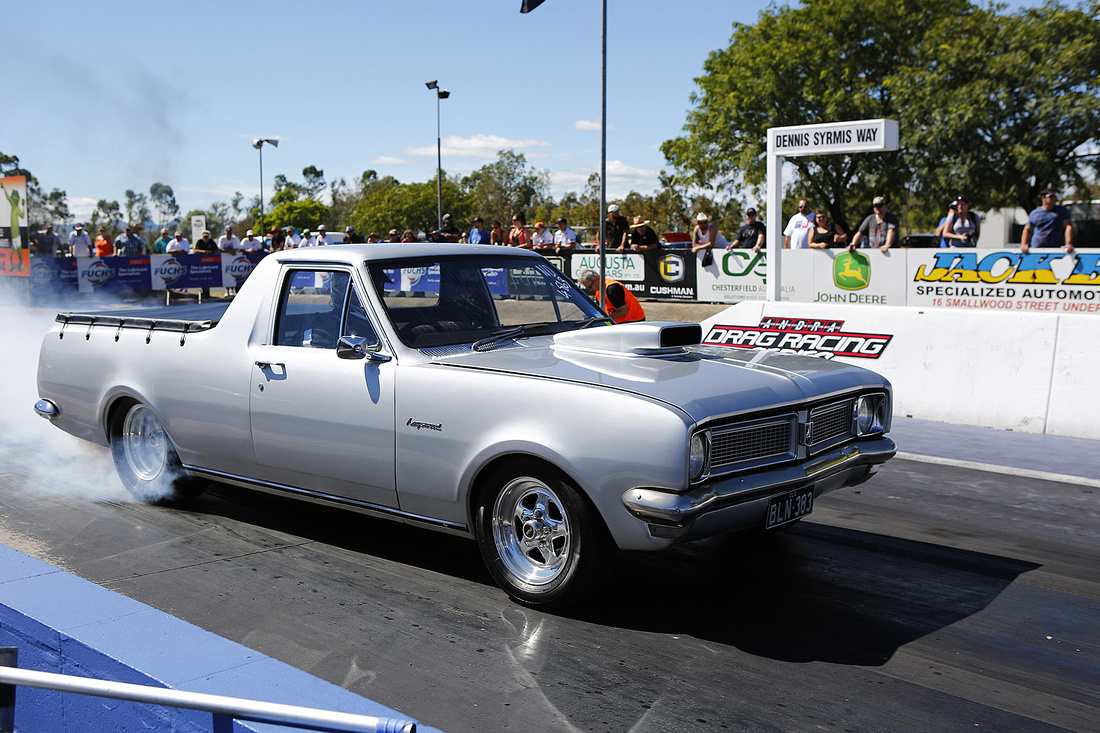 Chambers Flat drag racer Jason Cocking is set for an action-packed February with the 39 year old driver set to pack three events into just three weekends, the second of which will get underway at Willowbank Raceway this Saturday 15 February.

Fresh from competing at the weekend’s Powercruise Powerplay, Cocking is now preparing his sliver 1970 HG Ute for this Saturday’s opening round of the Queensland Drag Racing Championship (Saturday 15 February), which he will quickly follow up with yet another trip to Queensland’s premier drag racing facility for its first Nostalgia Drag Racing event of 2014 – to be held on Sunday 23 February.

“It is certainly a busy month for me with three events in three weekends, but the thought of passing up any one of these events was just not an option!” said Cocking, who took the Dial Your Own bracket win at Willowbank Raceway’s 2013 February Nostalgias event.

“Willowbank Raceway is a great track and both the QDRC and Nostalgia events really appeal to what I love about the sport of drag racing – great action and entertainment, a fun atmosphere, and the company of like-minded racers and spectators with which to enjoy it all.”

In this weekend’s QDRC opener, Cocking will be one of around 100 racers taking to the Ipswich drag strip across a wide array of championship categories.

“In the QDRC I am competing in the Super Street bracket in my HQ Ute and I am looking to compete at every round for 2014,” said Cocking, who is supported on-track by his 17 year old son Dylan and his wife Krista.

“I am hoping to secure a top five finish in the championship this year ahead of a planned step up into the faster Super Sedan bracket for which I am currently building a new Commodore VZ Ute.”

For the Nostalgia Drag Racing event of 23 February, Cocking will line up in the popular Aussie Muscle category amongst an expected entry list of more than 100 racers.

“I took the win for the Dial Your Own bracket at last year’s February Nostalgia meeting at Willowbank Raceway and it would be really great to back that up with an Aussie Muscle victory,” said Cocking.

“I can’t wait to get on track alongside some great Aussie muscle cars at Willowbank Raceway, the Nostalgia events always have a good atmosphere to them and in my opinion there isn’t anything better than these Aussie born and bred machines battling it out on the track!”

Joining Cocking and his fellow Super Street racers on track this weekend will be competitors across the Modified, Super Sedan, Modified Bike, Junior Dragster and Super Gas categories. Gates will open at 11.00am with qualifying from 1.00pm to 5.00pm and all racing from 5.00pm. Entries are available online at www.willowbankraceway.com.au and will close at 5.00pm on Wednesday 12 February 2014, while spectator entry is available at the gate at just $20 for adults and $18 for students with ID, while children aged 13 and under gain free entry. For full event information, please visit www.willowbankraceway.com.au