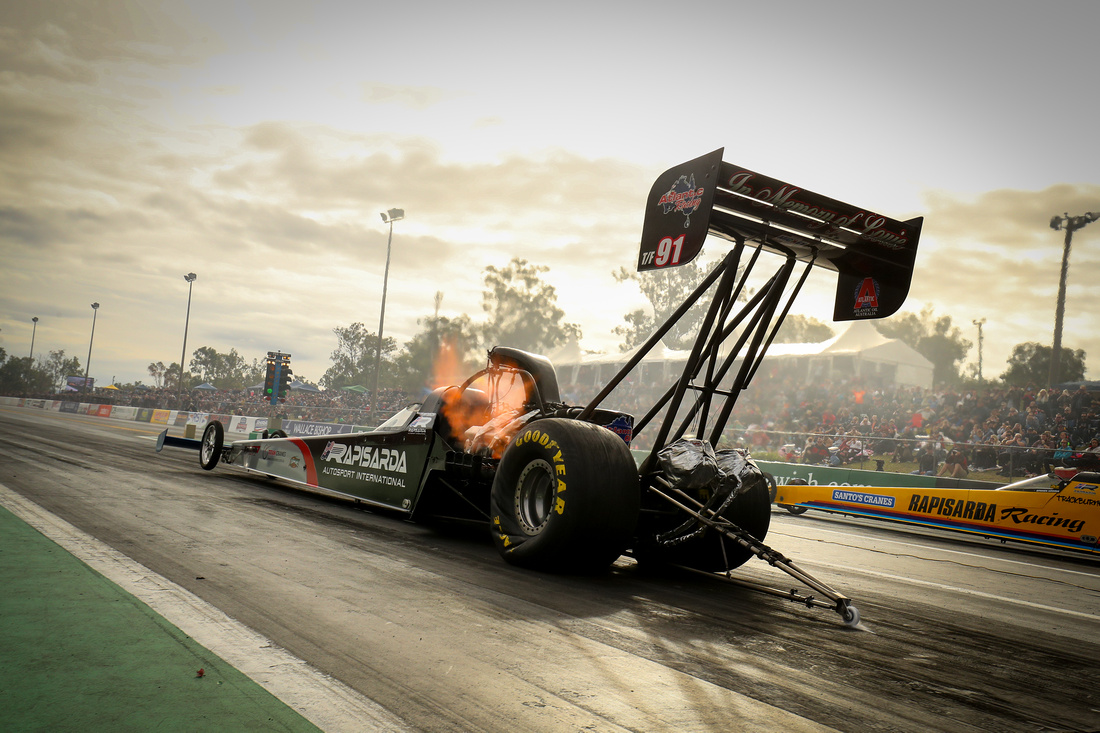 3-time NHRA champion, Larry Dixon, will race alongside Rapisarda Autosport International team-mates, Damien Harris and Wayne Newby, at the 50th anniversary Winternationals at Willowbank Raceway.
“Anytime you get a phone call from Santo to race for the family team is an honour and privilege," said Dixon, who last raced for RAI at Sydney Dragway in November 2016. “Santo has assembled a great team with all the right equipment and crew, as well as having Lee Beard on board to tune the car for the meeting. I’m also excited to be returning to race at Willowbank.”
With RAI star Wayne Newby needing only to qualify to win the 2016-17 400 Thunder Championship, the team travels to Willowbank Raceway with three goals in mind. To claim the 400T title, take out back-to-back Winternationals titles and be the first team in Australian drag racing history to run under the 4.50 second barrier.
The current record of 4.503 was set by Dixon at Willowbank Raceway in 2012.
“We’ve been knocking on the door for the last 12 months and I think the Winternationals could see the record broken and the first pass under 4.50 seconds,” according to team-owner Santo Rapisarda. “To many involved in the sport it’s the next frontier in Top Fuel and I think that all the teams entered for the Winters would want to be the first into the record book. I’m quietly confident that one of our cars could break the barrier. Who it will be? I don’t know. All three of our cars are capable, as well as Darren Morgan and Kelly Bettes in the Lamattina entry. We don’t want to get too far ahead of ourselves. Firstly we want to win the Winternationals and having Larry in the third car, our hopes have received a major boost.”
A sub 4.50 sec. run holds great significance for Dixon who made NHRA history when he became the first driver to crack the barrier running a 4.486 at Houston in 1999.
“A 4.40 run is in our sights,” said Dixon. “All three Rapisarda tuners - Santo Junior, Santino and Lee - would all love to run under the current record and dip into the 4.40 zone. If the conditions are right, and that means an air temperature around 20C and track temperature in the vicinity of 21C-27C, then you could see history made.”