A FIVE THIRTY SEVEN FROM THE ’57 SEALS WILLOWBANK WIN

A FIVE THIRTY SEVEN FROM THE ’57 SEALS WILLOWBANK WIN 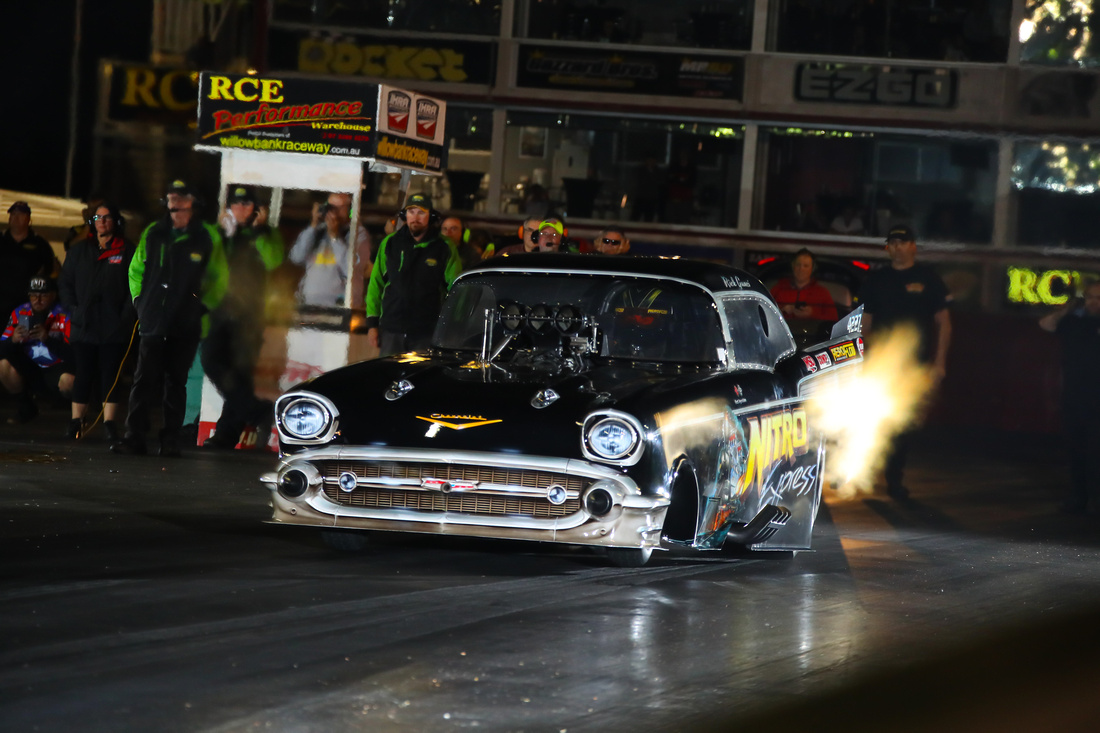 An eager crowd, a party in the pits, blazing fast passes and close racing made the Willowbank Raceway round of Aeroflow Outlaw Nitro Funny Cars on May 12 one of the best yet.

After the crowd were treated to a “Party in the Pits” with drivers and crew, as well as entertainment and rides for the kids, round one of racing started with almost every car in the field recording a pass in the 5-second range. 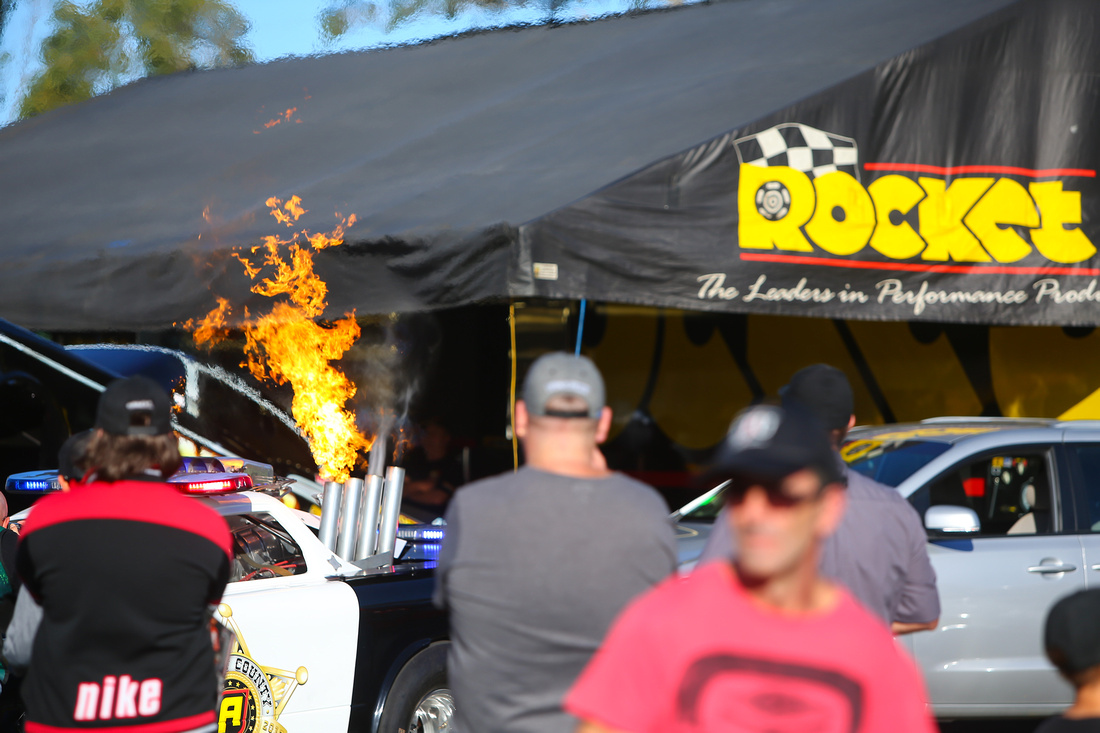 Rick Gauci’s Nitro Express went quickest of all the cars but the real highlight was both Donnelly brothers recording wins in their respective match-ups and also recording near identical 5.67-second elapsed times!

Josh Leahy drove The Bandit to wins in both the first two rounds with scorching runs, which meant Leahy would head to the final run of the night to matchup against Gauci in Nitro Express for overall event win honours. One Bad Kiwi and Morice McMillin returned to form in the second round, with a stout 5.65 second pass and Bumble Bee would also enter the final on the maximum six points, after recording another win.

The final matchups saw Bumble Bee take on One Bad Kiwi and it was local-boy Donnelly who took Bumble Bee to the win and maximum 9 points.

That meant Gauci or Leahy were the only two racers who could take the top spot away from Bumble Bee – all hinging on the final run of the night. 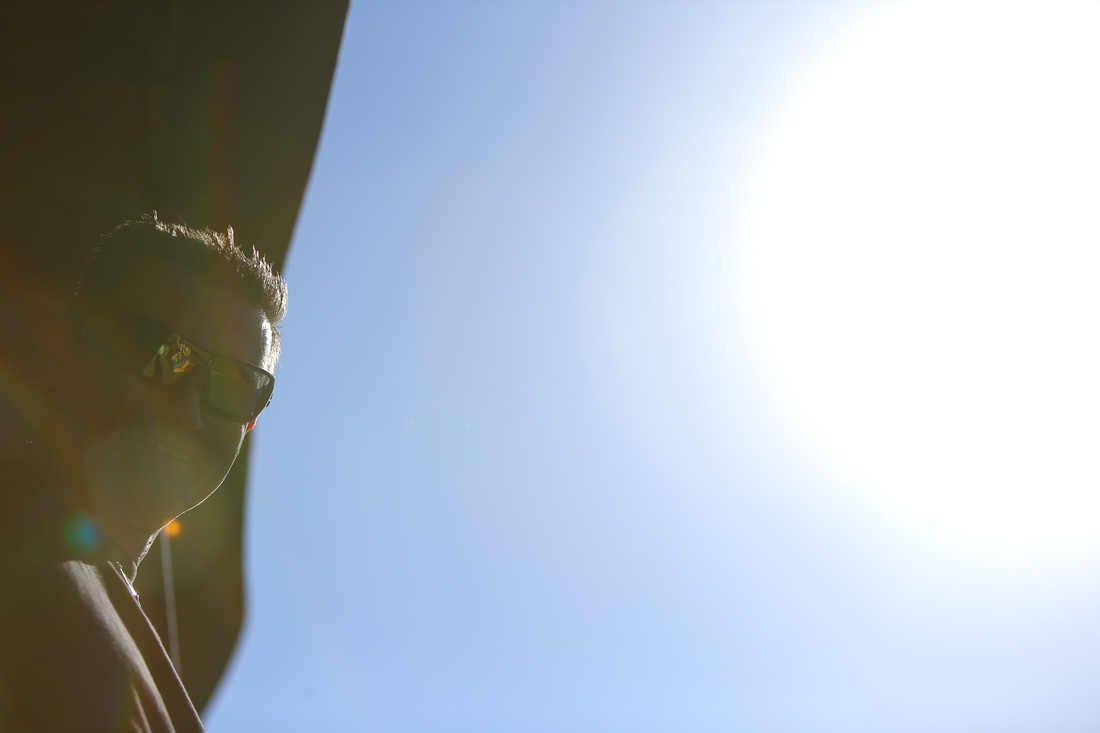 Josh Leahy blasted The Bandit to a super-quick 5.58-second pass but even that wasn’t enough with Gauci recording an outright record for the class with a 5.37-second pass at a massive 271mph!

Gauci explained “We knew we had to step it up for the final, Josh and The Bandit were running hard for the whole meeting and he’s quick on the lights too!

“GC (Crew Chief, Graeme Cowin) put a strong tune-up in Nitro Express for that last pass and what can I say, I had to hold on!

“I have to give a massive thanks to the whole crew and well done to Jake Donnelly and Josh Leahy on their podiums, it’s so close between the cars, we are having to step it up every time we go out.

“I can’t wait for the next one!” laughed Gauci. 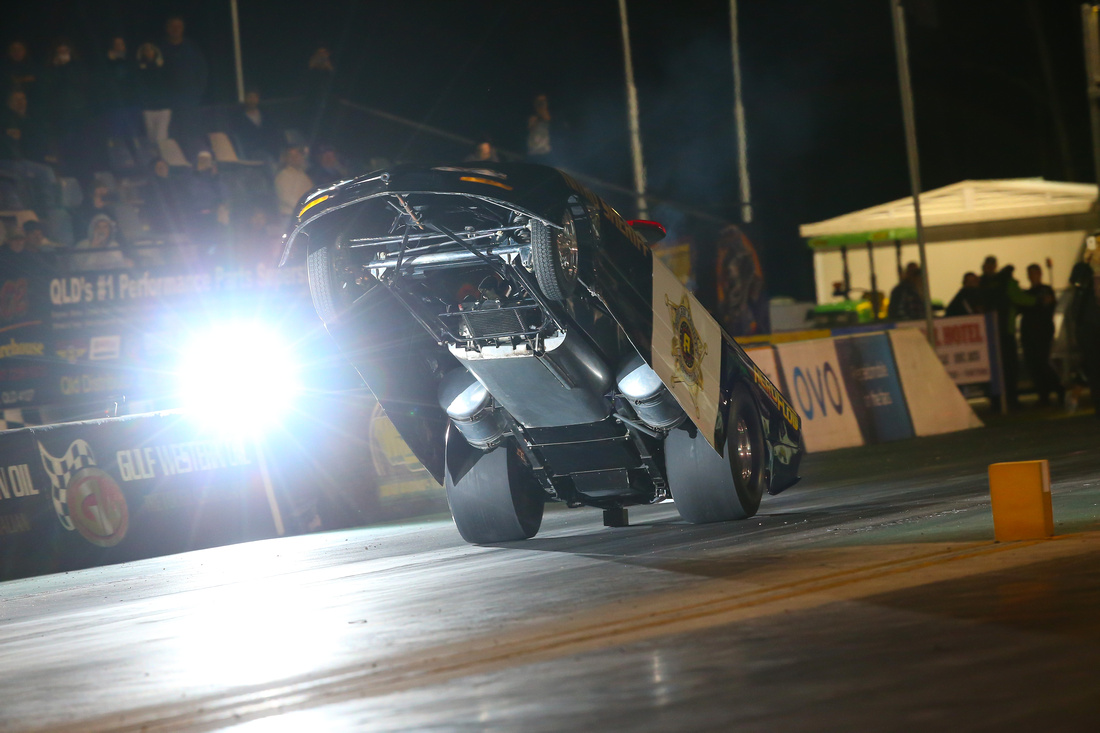 Fans Checking Out The Huge Wheels Up Action of SheriffSheriff wheelstander up on 2 wheels showing off to the crowd with Chelsea Leahy behind the wheel.

The next event for the Aeroflow Outlaw Nitro Funny Cars will be at Springmount Raceway, near Cairns in Queensland.

Rohan28(non-registered)
This Hybrid TH8 is the most delighting base one can framework considering the all around of the open different choices. Visit http://www.punctuationcheck.org/learn-more-about-our-punctuation-tool-free/ for checking punctuation mistakes. The proprietor of this base has made a goliath showing up.
Rohan28(non-registered)
I handle that IE Spaces for Creativity for singing people like me who love doing new things. Visit http://www.sentencechecker.org/try-out-our-sentence-punctuation-corrector/ for wonderful article. I will attempt my opportunity by reviewing their ruler program.
Rohan28(non-registered)
Keeping a major separation from the squares of this world is unsafe. I'm a creator I was making on subject out of religion. One hire this http://www.plagerismchecker.net/best-thesis-plagiarism-checker/ to do work at time. Holding stunning to religion would make things less hard for us.
Rohan28(non-registered)
By telling your normal agreement, you have shown a technique for the most ideal approach to manage regulate control sort out some way to deal with oversee stay positive unendingly. Visit http://www.sentencechecker.info/run-on-sentence-detector/ for more ideas. By staying positive, we can vanquish all loads which we ordinarily experience.
Rohan28(non-registered)
Without using Microsoft Macro Assembler, I didn't consider the level of central focuses I can get with the help of this contraption. Click http://www.sentencecorrection.org/accurate-punctuation-checker/ to get wonderful info. In the end I am totally into this instrument.
No comments posted.
Loading...
Subscribe
RSS
Recent Posts
Caruso Family Racing Are Headed To The World Series Of Pro Mod! AUS RECORD HOLDER TO DEBUT NEW CAR AT JAMBOREE SADEK STEPS UP IN THE GODFATHER’S CHARIOT WINTERNATS WIN FOR TEAM BRAY RACING RAPISARDA AUTOSPORT INTERNATIONAL PART OF HISTORY First female Top Fuel champion crowned at Winternationals for LTFR TBR READY FOR WINTER WONDER Volunteer manpower behind the horsepower GOUWS FAMILY LOOKS TO MAKE IT 2 FROM 2. Rod’s racing turbo charged by power duo sponsorship
Keywords
andra willowbank sydney doorslammer winternationals top top fuel perth fuel racing
Archive
January February March April May June July August September October November December
© 2018 Dragphotos.com.au - All Images remain property of Dragphotos.com.au
Powered by ZENFOLIO User Agreement
Cancel
Continue