GOUWS FAMILY LOOKS TO MAKE IT 2 FROM 2.

GOUWS FAMILY LOOKS TO MAKE IT 2 FROM 2. 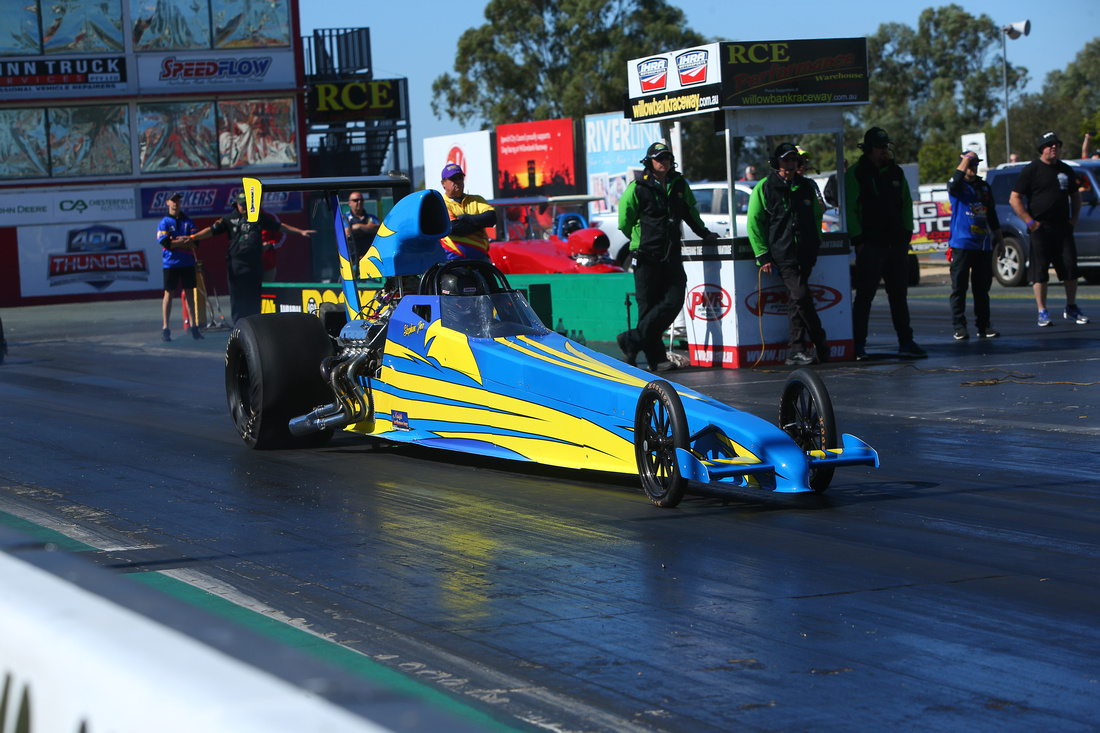 SCG Racing will soon be heading out to the biggest drag racing event outside of U.S.A with the 51st running of the Gulf Western Winternationals. With more than 500 competitors racing over 4 days, it will certainly be jammed packed full of action with Stephan and Liezel looking to take bragging rights!

Stephan Gouws Jnr who is competing in a strong 52 car modified field with his SCG Electrical and Lucky Bling dragster is looking to defend his current national title, currently sitting in 2nd position only 30 points adrift.

“It has been an amazing season with lots of ups and downs while learning the new car and what conditions it likes and doesn’t like” said Stephan Jnr.
Stephan has shown signs of why he is the reigning national champion by recently putting together ‘0.00’ packages at the Queensland Championship event, where he was undefeated for the day with 3 out of 3 wins racing Chicago Shootout format.

“I think the car and I are starting to become one. I’ve started to learn where I can push myself and when it is time to back off. Certainly, getting a perfect (0.000) reaction and a 0.001 in our recent Sydney trip is testimony to how I can push the car”. 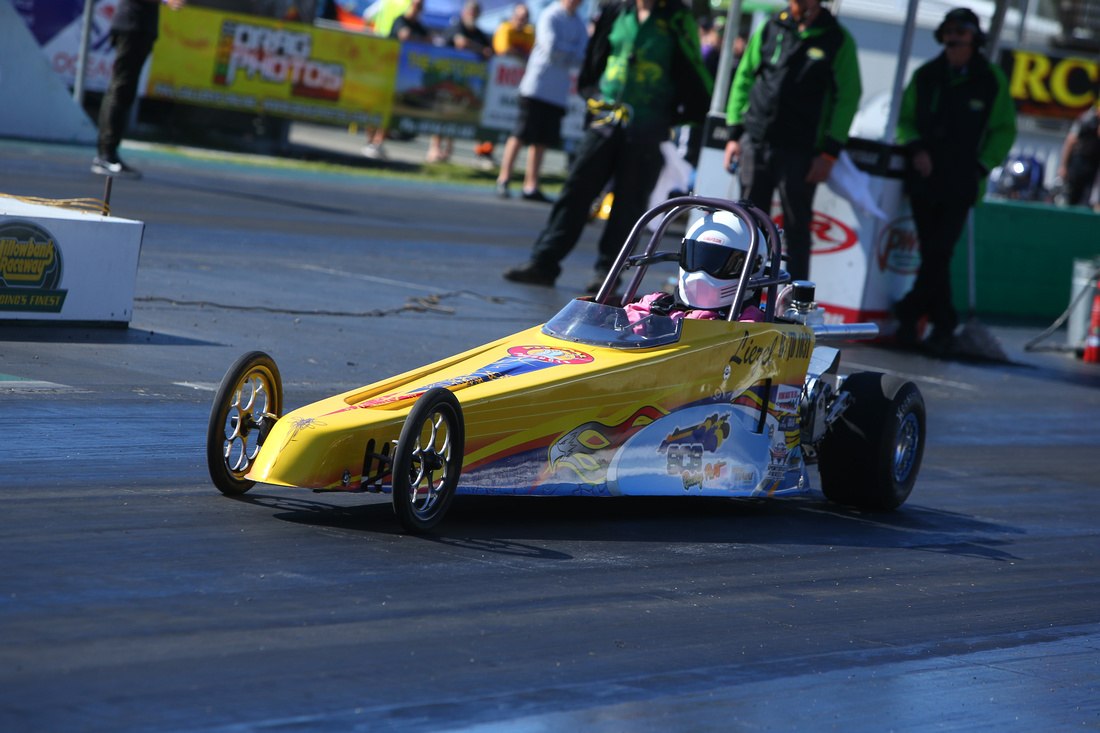 Modified is one of the toughest racing brackets in the Australian drag racing scheme and though there are higher accoladed racers with multiple national and track championship, Stephan is prepared to take it all head on.

Liezel Gouws, the other family member of SCG Racing is looking for her first Junior Dragster National crown. Running for SCG Racing Parts, Liezel is the current points leader after a solid performance at the Gulf Western Oil Nitro Thunder. Making it all the way to the Semi-Finals, the crew was thrown a curve ball by the sudden weather change which ended their day.

“It was great going rounds at a major event before the Winters” said Liezel.

“I have started to believe in myself more and more in my car after we did an engine and clutch swap. Having the B/JD in my car was a huge boost and certainly showing.”

Liezel also has to contend with a 54 car Junior Dragster field and with only having a 20-point lead needs to be on her game if she is going to hold off the other competitors chasing her.

Fred31(non-registered)
Unmistakably, I have seen that you are not posting a colossal heap of nowadays. You can visit http://www.punctuationcheck.org/difficulties-you-can-face-if-you-dont-use-online-sentence-punctuation-checker/ for more details. We eagerly envision the presence of your new updates yet a trace of the time, you don't post using any plans.
Wava58(non-registered)
The web heading structure offers the best. Click http://www.grammarcheckeronline.org/benefits-of-english-grammar-correction-online/ to get online grammar help. The cash related store of going to standard school can a stunning piece of the time be astoundingly reduced by going to online sharp affiliations.
Greg22(non-registered)
Since an enormous piece of us beginning at now are lavishly busy with the commitments at home and affiliation, achievement in school needs obstacle, really arranged work, and head social event of the strategy. Visit http://www.commacheckeronline.com/9-biggest-comma-and-punctuation-checker-mistakes-you-can-easily-avoid/ to get error free work. That is the spot heading structure comes.
Lyric94(non-registered)
I'm for each condition more empowered by the cross blend sort base plans since they are dependably expected to cover every single something. Click http://www.punctuationapp.com/15-amazing-punctuation-apps-for-android/ for getting incredible ideas. Notwithstanding, developing a sound base takes a colossal store of time.
No comments posted.
Loading...
Subscribe
RSS
Recent Posts
Caruso Family Racing Are Headed To The World Series Of Pro Mod! AUS RECORD HOLDER TO DEBUT NEW CAR AT JAMBOREE SADEK STEPS UP IN THE GODFATHER’S CHARIOT WINTERNATS WIN FOR TEAM BRAY RACING RAPISARDA AUTOSPORT INTERNATIONAL PART OF HISTORY First female Top Fuel champion crowned at Winternationals for LTFR TBR READY FOR WINTER WONDER Volunteer manpower behind the horsepower GOUWS FAMILY LOOKS TO MAKE IT 2 FROM 2. Rod’s racing turbo charged by power duo sponsorship
Keywords
andra willowbank sydney doorslammer winternationals top top fuel perth fuel racing
Archive
January February March April May June July August September October November December
© 2018 Dragphotos.com.au - All Images remain property of Dragphotos.com.au
Powered by ZENFOLIO User Agreement
Cancel
Continue