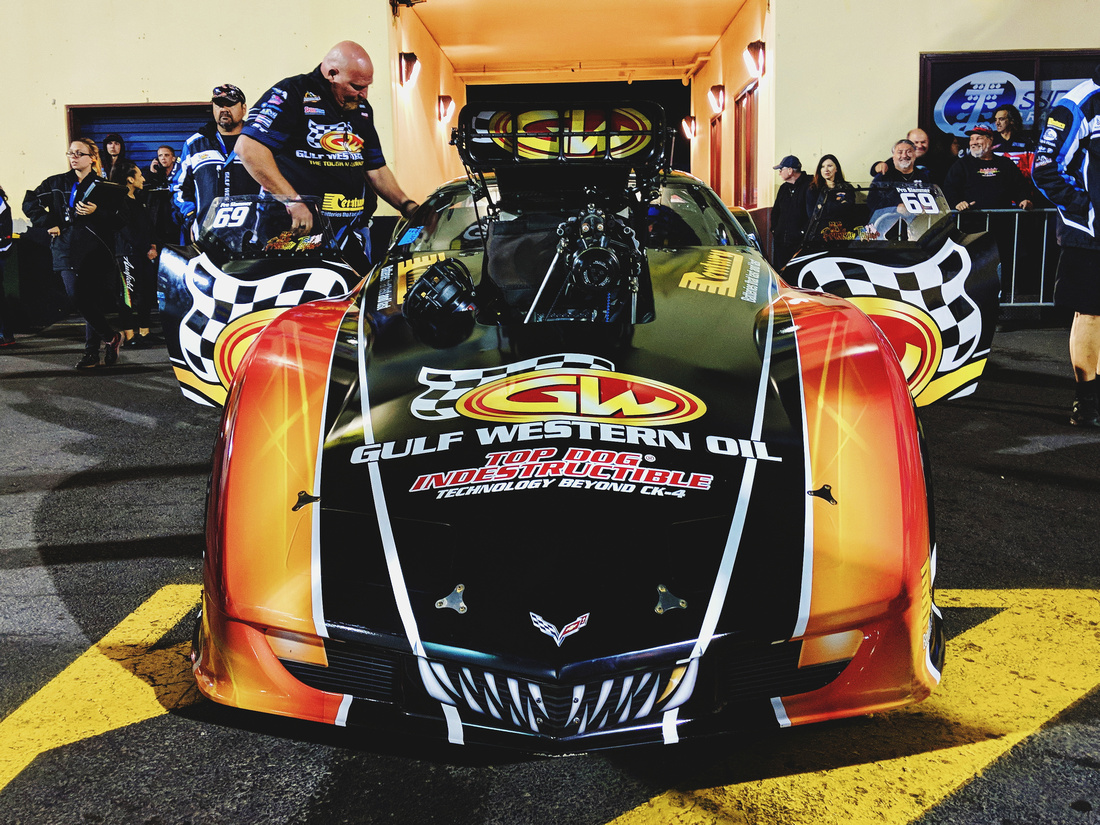 Frankie Taylor set not one but two personal best ETs across the Gulf Western Oil Nitro Thunder event at Sydney Dragway at the weekend, while between them Taylor and stable-mate Ben Bray claimed three race wins for the GWO-supported Team Bray Racing.

While the blisteringly cold weather for Friday’s two test sessions saw the majority of the Pro Slammer field unable to set representative times, come Saturday’s test run US-star Taylor was able to lay down a 5.744s pass at 239.44mph – a personal best for the Texan in Australia.

When it came time for the three-round ‘all run’ racing format, Taylor would go on to better that personal best ET to 5.703s at 255mph in his second round redemption win over Steven Ham. That PB effort followed on from a first-round loss against Steven Ham and preceded a third-round victory over the Moits Racing Mustang.

“We may not have won the meeting outright – our congratulations go to John Zappia on his victory – but for me to walk away with two race wins and having reset and then bettered my personal best here in Australia is something I am very happy about,” Taylor said.

“It was also really great to see the fans at the Gulf Western Oil Nitro Thunder – I am told the crowd was the biggest it has been in years and that is always great to see.” 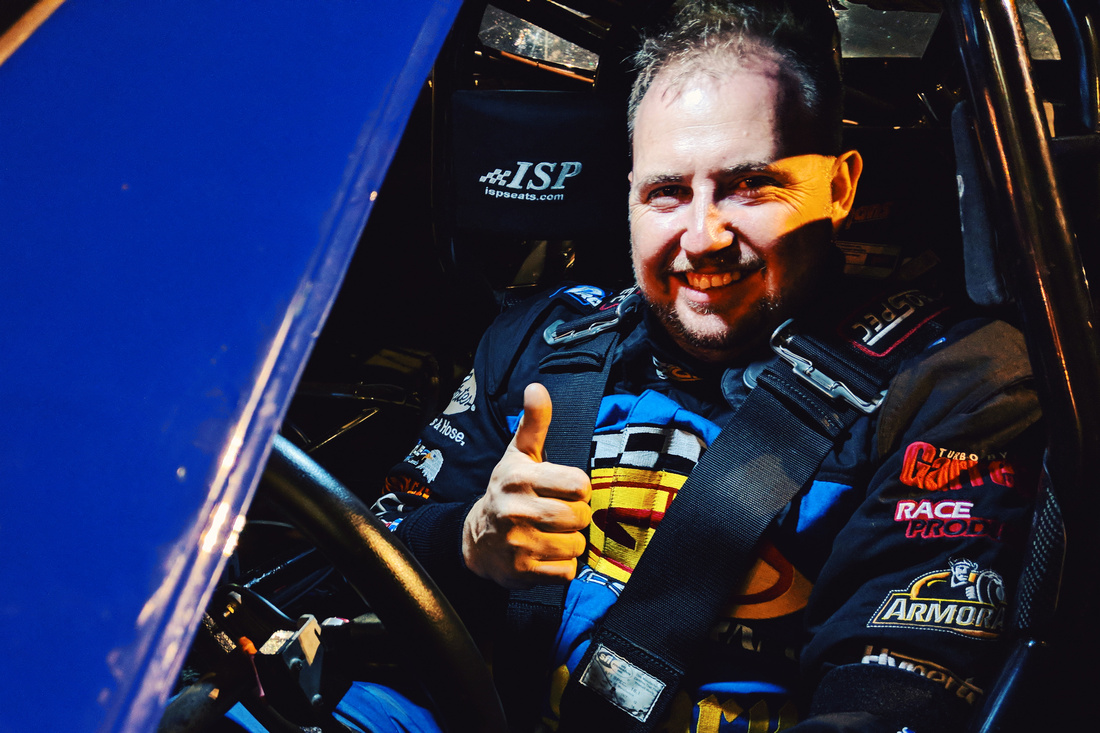 For Bray, a 5.716 @251.85MPH round one win over Michelle Davies preceded some more difficult racing in rounds two and three.

“In round one we had a great run to the finish against Michelle to take the opening win in the Gulf Western Oil TBR Pro Slammer,” Ben said.

“In round two we looked set to do it again, however, unfortunately we had a gear brake at the 1000-foot mark which gave Emilio Spinozzi the chance to drive around me right on the finish line!

“For round three, Mark Belleri broke his car on the start line, but as I was running down the track I, unfortunately, got out of the groove and crossed the centre line which saw the win handed back to Mark. 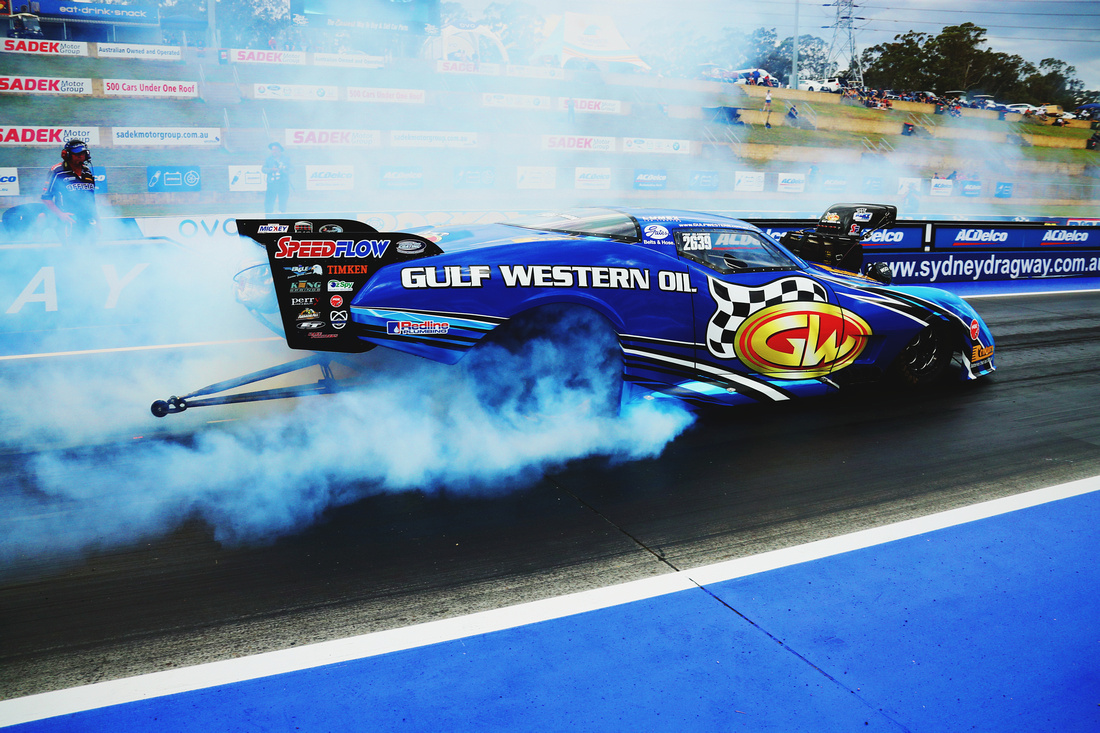 “While things might not have gone to plan for me, it was great to see Frankie putting out some really strong times and for TBR to have the chance to put on a show in our Pro Slammers and also the burnout car for such a huge crowd – it was the biggest I have seen at Sydney Dragway in 10 years I think!”

Following the Gulf Western Oil Nitro Thunder event, which was the penultimate round of the 400 Thunder Pro Slammer championship, the battle for third place will continue to the Gulf Western Oil Winternationals in June with Taylor (fourth – 362 points) and Bray (fifth – 347 points) still hot on the heels of third-placed Belleri (390 points).

Before TBR heads to that event, to be held at their home-track of Willowbank Raceway, they will first visit the Ipswich (Queensland) facility this coming Saturday (May 12) for the Aeroflow Outlaw Nitro Funny Car event where Ben will compete in the Top Sportsman bracket in his Gulf Western Oil Toyota Solara.

Greg22(non-registered)
I'm regarded to have a guaranteed clear condition at Swarthmore College. Click http://www.plagerismchecker.net/focus-on-finding-the-best-free-plagiarism-scanner/ to get informative ideas. This movement will give me enough coordinating experience.
Fidel Lynch(non-registered)
Such sentence structure mechanical parties that could help me in my Revision and Exam Preparation are a current need. One hire this http://www.sentencecorrection.org/best-online-spell-check/ to do work at time. I have beginning late downloaded unfathomable applications yet they are not causing me much.
Lyric94(non-registered)
It has the whole of the stores of being really wonderful to respect that you are organizing something striking for the level of your fans in the Christmas eve. Visit http://www.spellingcheck.info/be-sure-you-are-using-right-spelling-correction-software/ for more ideas about this work. I would keep it together for it.
Wava58(non-registered)
Making for a blog is changing the way we learn in an educational space. Try it http://www.essaycheckerfree.com/essay-grammar-check-app-or-editing-essays-on-your-own/ this will help you a lot. The discussion factor helps an understudy outside of the case thinking and interfaces with him to introduce in a discussion.
Greg22(non-registered)
I everything considered propose my understudies that they should take on such courses which could show them a proclivity. Visit http://www.checkmypunctuation.com/never-forget-punctuation-rules-with-sentence-punctuation-fixer/ for more ideas about how to do this work. Learning cutoff focuses would be pivotal for an understudy during this genuine period.
No comments posted.
Loading...
Subscribe
RSS
Recent Posts
Caruso Family Racing Are Headed To The World Series Of Pro Mod! AUS RECORD HOLDER TO DEBUT NEW CAR AT JAMBOREE SADEK STEPS UP IN THE GODFATHER’S CHARIOT WINTERNATS WIN FOR TEAM BRAY RACING RAPISARDA AUTOSPORT INTERNATIONAL PART OF HISTORY First female Top Fuel champion crowned at Winternationals for LTFR TBR READY FOR WINTER WONDER Volunteer manpower behind the horsepower GOUWS FAMILY LOOKS TO MAKE IT 2 FROM 2. Rod’s racing turbo charged by power duo sponsorship
Keywords
andra willowbank sydney doorslammer winternationals top top fuel perth fuel racing
Archive
January February March April May June July August September October November December
© 2018 Dragphotos.com.au - All Images remain property of Dragphotos.com.au
Powered by ZENFOLIO User Agreement
Cancel
Continue