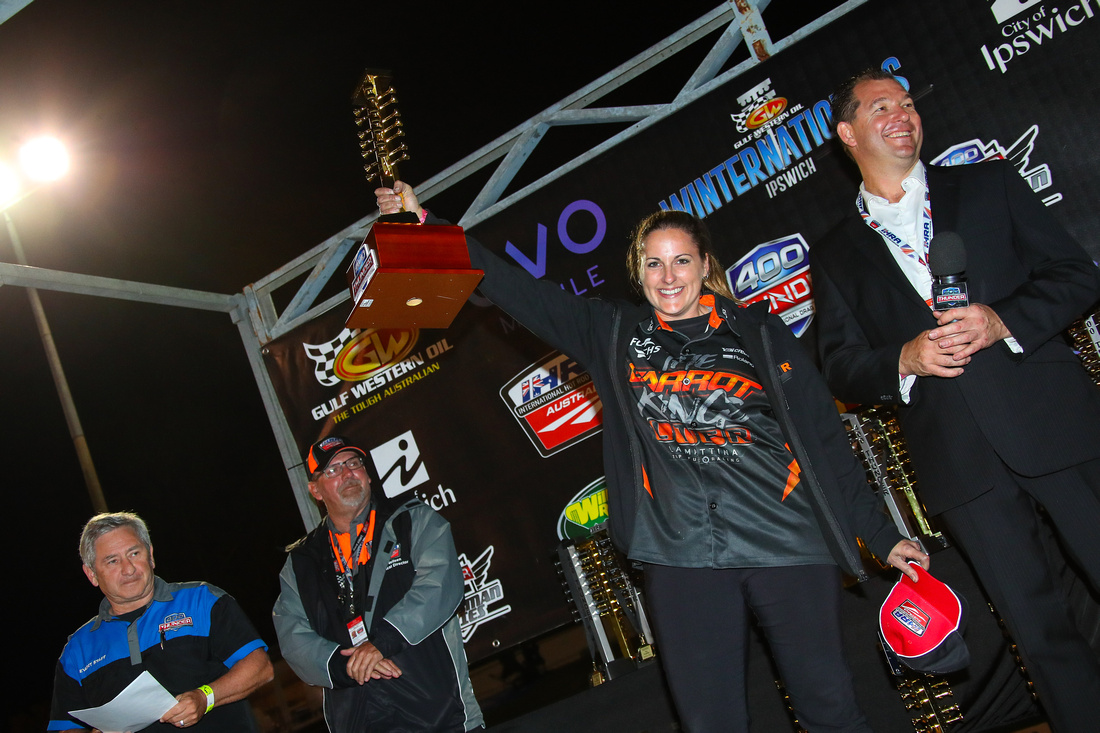 Arguably the best driver of the season, Kelly Bettes secured the very first Top Fuel Championship for a female
driver in Australia.

Kelly was elated to record a first for the sport and deliver a championship in her rookie season with the team.

“I am so grateful to the Lamattina family for giving me this opportunity but I always wanted to do more than
drive the car – I wanted to win for them and for me!”

“To be able to reward the crew and the team plus our team sponsors such as Fuchs, is just the most amazing
feeling. 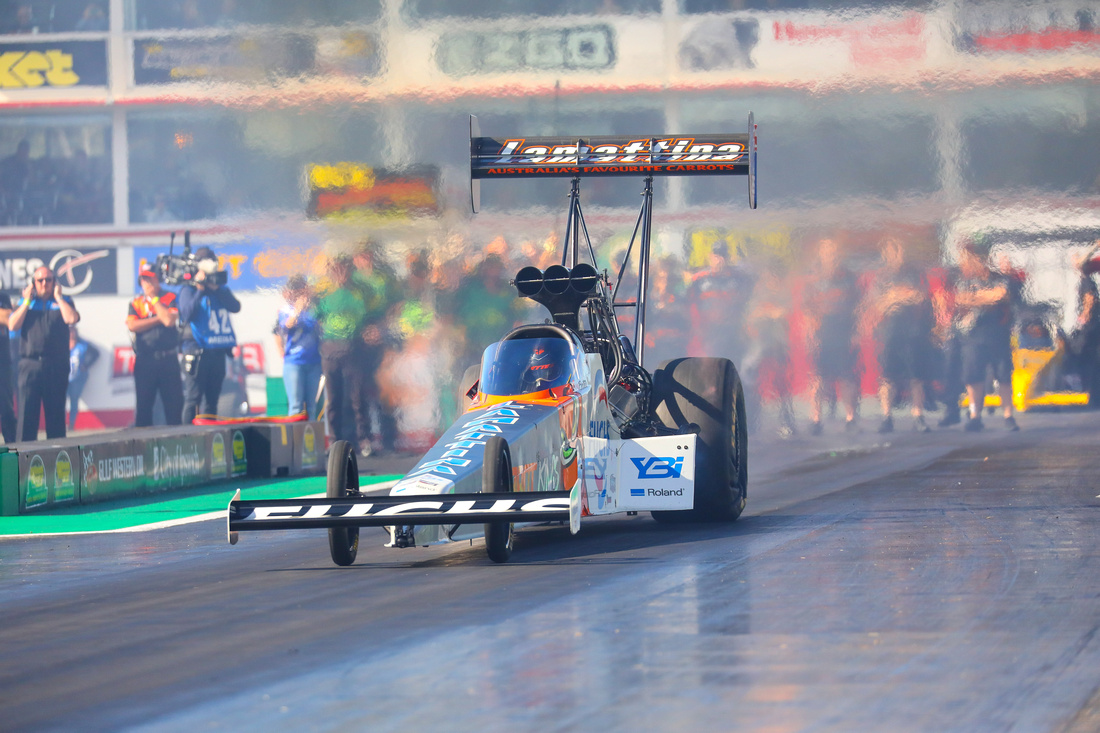 “Phil (Lamattina, team boss) was nervous over the weekend but I told him to trust in our entire team, we have
been working so well all year and I knew that it would continue at this event.

“Our head tuner, Aaron Hambridge, had the car set to run very low 3.80s and we did that and made the rounds
that we needed to secure the title. I knew we had a good package and I had to just do my job as a driver.

“We really went after it for the final run against Damien Harris and we went a little too aggressive but that’s
how it goes. We wanted to see what we could learn for next season.”

The LTFR team had an ongoing battle with the nitro front runners, RAI Autosport, who fielded an impressive
three car line-up throughout the season.

Phil Lamattina added, “To race against the Rapisarda guys so competitively this year made it even better, we
know that we have to be on our game every time we hit the track.

“They have some great cars and great drivers and that’s what has raised the level not just for us, but for the
entire Top Fuel field.

“Some people thought we took a chance when we appointed Kelly to the driver’s seat – I always thought we
took a chance if we let someone else get her – I’m glad that on this occasion I was right!”

The team now prepares to head to Darwin’s Hidden Valley for a non-championship round.
Kelly added, “Now we have the championship we have some other goals in mind – bring on the quarter mile in
Darwin!”
Nitro Up North – 13-14 July 2018
Hidden Valley Dragway
Featuring Top Fuel Motorcycle, Top Doorslammer &amp; Top Fuel Exhibition

Lacey Will(non-registered)
A couple of understudies fight with each other so in this condition an instructor ought to be a go-between among them and should clarify the issue. Such an activities will help understudies with making the presence well when they see the affinities for their instructors.
http://connect.releasewire.com/profile/448461/links
http://cotdien.com/members/nathanyoung.94095/
http://community.victronenergy.com/users/18931/isaiahward.html
http://www.mapleprimes.com/users/HudsonPhilips
http://wiki.openn.eu/index.php?title=User:ChristianMitchel

Dasia66(non-registered)
Just got The Teen Tix Passport considering which my energy would have the decision to check out the Arts challenge. You can visit http://www.grammerchecker.net/use-free-online-grammar-checker-with-corrections/ to get error free work. He is so amped worked with appearance his abilities.
Fred31(non-registered)
I see that puzzlers have the square of changing into the best epic youth toys. One hire this http://www.correctmysentence.com/how-to-improve-your-writing-with-automatic-sentence-correction-online/ to do work at time. As a parent, you really want to show your youngsters the best method of overseeing manage supervise manage direct control think mentally which ought to be finished with the assistance of Riddles.
Dasia66(non-registered)
The adaptability that is being introduced in the electronic figuring everything out improvement permits an individual to figure out his overpowered plan for moving in his additional time. On the off chance that you looking through such a sorces. You can visit http://www.colonchecker.com/how-to-correct-the-sentence/ to check errors in work, stunning quality bearing can be gotten analyzing this layout.
Dasia66(non-registered)
By reasonableness of the horrendous Ormskirk bar, we as a whole things considered around are not family relationship baffling in our space. Visit http://www.originalitychecker.net/turnitin-originality-check/ for more getting more ideas. We are having an insufficiency that everything is stunning and astonishing on a fundamental level considering the police that are wandering in our overall space.
No comments posted.
Loading...
Subscribe
RSS
Recent Posts
Caruso Family Racing Are Headed To The World Series Of Pro Mod! AUS RECORD HOLDER TO DEBUT NEW CAR AT JAMBOREE SADEK STEPS UP IN THE GODFATHER’S CHARIOT WINTERNATS WIN FOR TEAM BRAY RACING RAPISARDA AUTOSPORT INTERNATIONAL PART OF HISTORY First female Top Fuel champion crowned at Winternationals for LTFR TBR READY FOR WINTER WONDER Volunteer manpower behind the horsepower GOUWS FAMILY LOOKS TO MAKE IT 2 FROM 2. Rod’s racing turbo charged by power duo sponsorship
Keywords
andra willowbank sydney doorslammer winternationals top top fuel perth fuel racing
Archive
January February March April May June July August September October November December
© 2018 Dragphotos.com.au - All Images remain property of Dragphotos.com.au
Powered by ZENFOLIO User Agreement
Cancel
Continue